I’m going to be at CHI in Montreal next week, to present my full paper, titled “Point-and-Shake: Selecting from Levitating Object Displays”. I’m the last talk in the Input: Targets and Selection session (Thursday 26th April, 9am, Room 517C). Come along to hear about interaction with levitating objects! To find out more, read more about the Levitate project and Point-and-Shake.

I’m also participating in the Mid-Air Haptics for Control Interfaces workshop, run by Ultrahaptics. In the workshop, I’m co-chairing a session with Seokhee Jeon from Kyung Hee University, focusing on the perception of mid-air haptics.

I’ve had a paper accepted to the CHI 2018 conference, describing recent work on the Levitate project. The paper is about Point-and-Shake, a mid-air interaction technique for selecting levitating objects. I’m looking forward to presenting this work at Montreal in April! The follow 30-second preview gives a super quick demo of our interaction technique.

For more information about the Levitate project, check us out on Twitter: @LevitateProj

This morning I presented my paper on audible beacons at CHI in Denver. The paper is available here. The slides from my presentation, with notes available in the presenter view, are available here. If you want find out more about the project this research comes from, please visit the ABBI project website.

I’m happy to note that I’ve had a full paper [1] accepted to CHI 2017. The paper describes research from the ABBI project, about how sound from wearable and fixed sources can be used to help visually impaired children at school (for more, please see here). The videos in this post include a short description of the paper as well as a longer description of the research and our findings.

Below is a (very!) short preview of my upcoming CHI paper. In recent years, CHI has asked authors to submit a 30 second preview video summarising accepted papers, so that’s mine.

This year I’m an AC for Late-Breaking Work submissions at CHI. I’ve been reviewing papers since the start of my PhD, but this is my first time as an AC. It’s been interesting to see a conference from the “other” side.

To address a gesture system is to direct input towards it; this involves finding where to perform gestures and how to specify the system you intend to interact with (so that other systems do not act upon your gestures). Do That There (a play on one of HCI’s most famous gesture papers, Put That There) allows both of these things: it shows you where to perform gestures, using multimodal feedback (there) and it shows you how to identify the system you want to gesture at (do that).

Finally, I submitted my PhD thesis in September although I’m still waiting for my final examination. Unfortunately it’s not going to be happening in 2015 but I’m looking forward to getting that wrapped up soon. 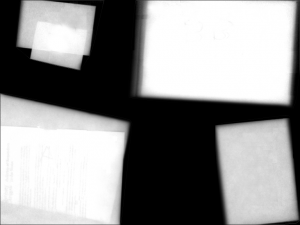 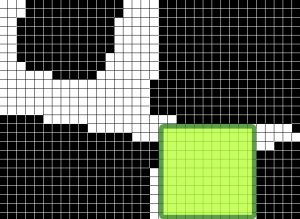 Don't forget to register for @sigchi sponsored International HCI Summer School on Cycling in May 11-15, 2020. We'll discuss and explore the design space and interaction methods for technological augmentation of bicycles.
It’s gonna be fun: https://t.co/s8JJlXZ4PT #cycling

If you're working with any form of display and its applications and challenges, we want to hear from you!

See https://t.co/LqWEKuO3ZQ for more about submitting your work to #PerDis2020